What You Need to Know About Weather Changes and Insect Traits

Small as they are, insects have long been a source of amusement and information for scientists because of their behaviour. Through observation, insect patterns can help people predict or understand coming weather changes.

Jose Bento, an entomologist at the University of Sao Paulo, Brazil, and his team of researchers discovered that atmospheric pressure can affect the work and procreation of insects. According to the researchers, they observed that the insects in their experiments could not work very well and decrease much of their activities before it rains. They posit that insects react to atmospheric conditions like humidity, light, and temperature to protect themselves. 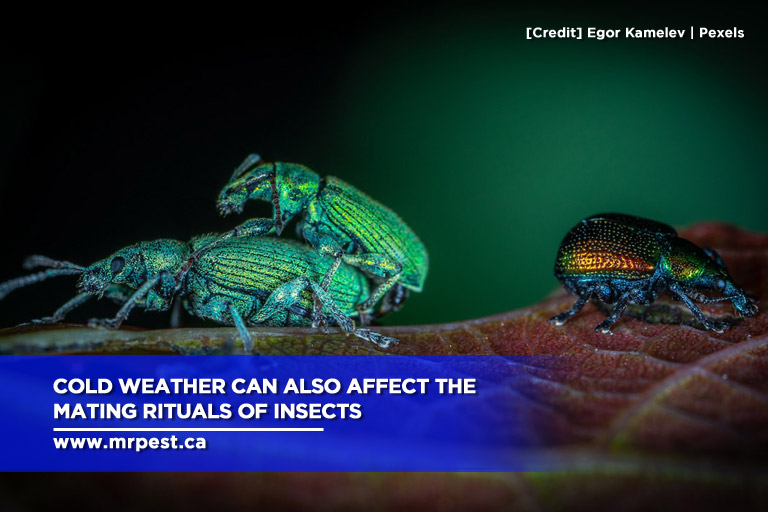 The behavioural response was not just limited to work as it was evident in copulation, too. The researchers also discovered that male beetles were less responsive to females when temperatures dropped. They also skipped usual courtship and went straight to copulation before a deadly storm.

The famous Aesop fable of the ant and the grasshopper talks about an ant that tirelessly spends summer days gathering food as preparation for the cold weather ahead. This reflects ant behaviour in reality.

Researchers from Stanford Junior University found that ants are driven mainly by changes in the weather. This explains why some households notice ants in their kitchen and other parts of the house during some seasons, only to disappear on other days.

Other animal and insect species behave in the same way. Squirrels — also considered pests — stockpile food for the cold days very much like the ant. 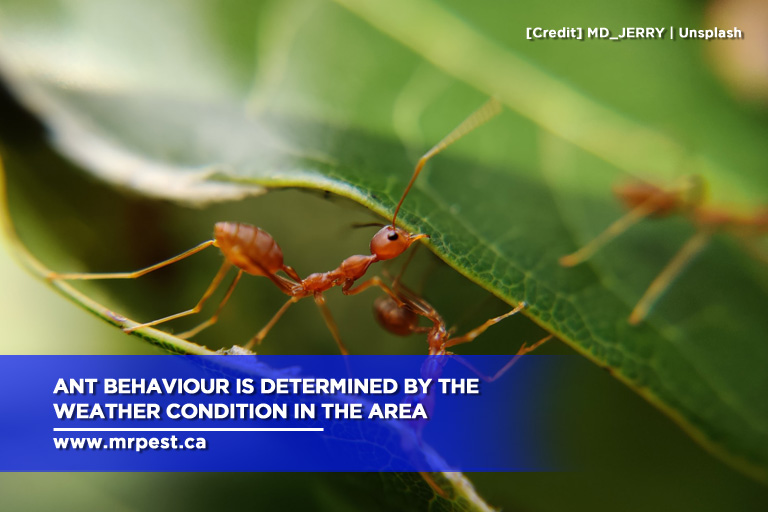 The Argentine ant invasion in Californian homes occurred during the winter and summer when the soil was either too wet or too dry. Researchers investigated households with known ant infestation and recorded whether insecticides were used. Households used different ways to deter ants, such as home insecticides or plain soap and water, but ants still found their way inside.

Their invasion of homes was affected, however, by changes in the temperature and weather. When it was too hot in the summer months or when it was too cold during winter, the number of ants found in the households increased.

In such cases, you will need ant control to help keep insect population growth from thriving in your cupboards and other corners of your home.

Migration and Hibernation During Winter

Many animal species migrate in the period leading up to winter. Inhospitably cold weather is not the only reason pests migrate during winter — a lot of them are actually searching for food. Farmers often notice that crop insect pests magically disappear when the weather starts to get chilly around autumn and in the early days of winter.

There is a great chance that pesticides have nothing to do with their disappearance — rather, their hungry stomachs and survival instincts explain their leaving en masse. When northern farmlands experience cold days without pests, it is because these critters have migrated to southern parts of the country or warmer parts of the globe. 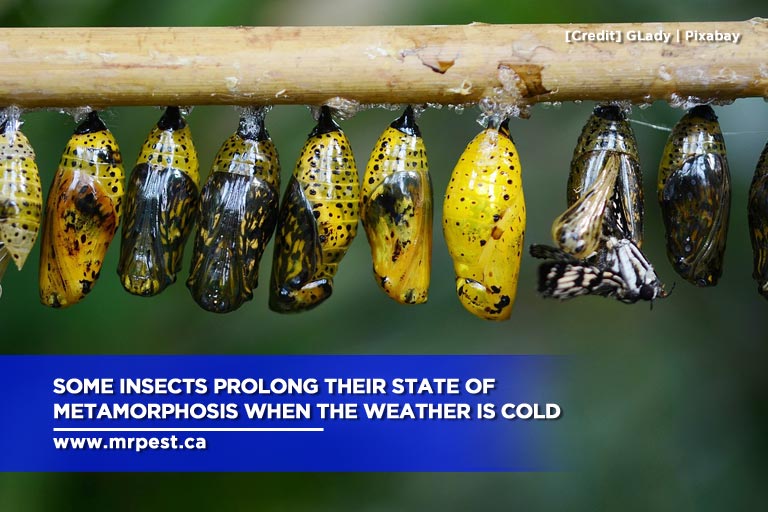 Not all pests can migrate during the winter since they are very small and may not survive the toll of travelling. Surprisingly, though, they still disappear once the weather gets cold. Another way they can preserve their lives during the cold months is through hibernation or extending their current metamorphosis stage. Even if the surface of the earth is freezing, it is still warm underground.

Examples of insects that hibernate as adults are the ladybird beetles, wasps, honey bees, and some butterfly species.

It was reported by Israeli scientists that nuptial flight, a mating ritual of winged sexual species, is affected by the season. This is observed when the sun rises after a rainy period to warm the surroundings. On such occasions, the swarms of flying ants can be so large that it was even reported as a massive cloud by the UK weather authority in July. 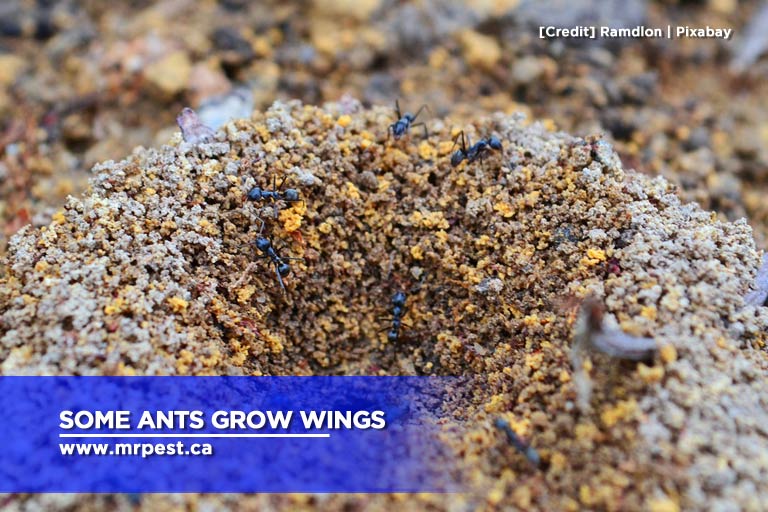 According to the Davidson Institute of Science Education, nuptial flight is a mating ritual of some insects, especially bees and ants. The winged sexuals — a part of the colony — come out when the temperature is favourable, often during the first rain of the season. They would then gather at a specific area and start the ritual.
The surprising discovery is that the insects — ants and termites — only grow wings a few hours after the rain. People can observe a silvery nest where the breeding insects take flight. Insect outbreaks are common after the rainy season as most of these species feel sluggish and the warmth of the sun activates their senses.

Not all insects are pests, and there are several that can be considered indicators of ecological health. Crickets are among the favourable environmental indicators as their presence in an area signals a healthy environment.

They can also indicate other things. If you have ever heard your folks talk about how the weather is warmer because of the happy chirp of the crickets, now is the time to believe them. It is scientifically proven that the sound of the insects are more frequent during warmer days since the reactions that allow them to chirp react faster when the temperature increases.

Using Dolbear’s Law, the frequency of the chirps can be converted to measure the temperature outside. You simply need to count the number of chirps in 14 seconds and then add 40. For example, if you hear 30 chirps in 14 seconds, add 40 to get 70. This means it is 70° F outside. 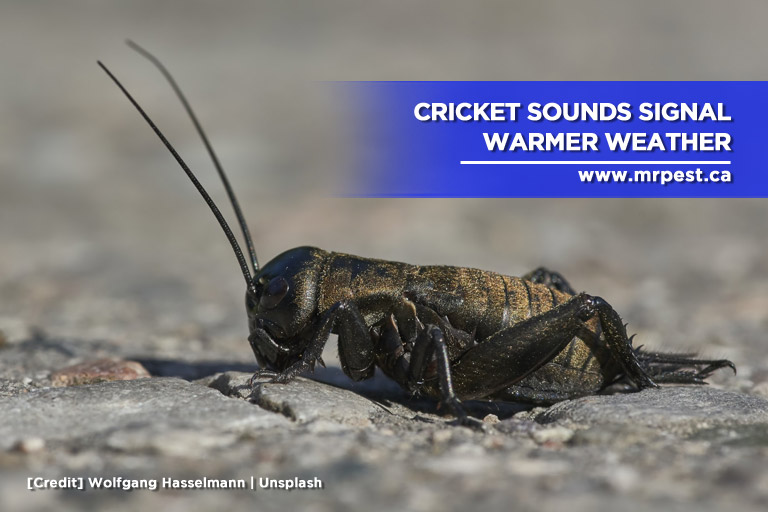 Not all insects are able to migrate and enjoy warmer days in another place when their point of origin is freezing cold. Staying in place during winter only means one thing — the animal will feel cold but not freeze to death. Surprisingly, some insects have the ability to withstand even negative-degree temperatures and thaw out when the sun returns.

An example of such an insect is the darkling beetle, which can withstand harsh temperatures and keep its watery cells from freezing using reserve proteins. The insect can produce a sugar-based antifreeze and oily compounds to keep ice from forming in its body.

Insects do not have control over what causes changes in weather patterns, but their behaviour is greatly affected by them. Observing and understanding these weather changes can help households prepare for possible insect invasion so as not to waste their time, effort, and money.

It also helps to understand the nature and behaviour of insects to address only their harmful effects while keeping the ecological indicators safe and thriving.

Calling in professional help from companies like Mr. Pest Control to address common pest problems will lessen the chances of making mistakes and dealing with bigger insect host problems in the future.

Finding a reliable pest control partner is the first step to eliminate your unwelcome guests. Mr. Pest Control can send pest control professionals to your home or office. Call our office nearest you: Barrie, Simcoe County, and Midland and surrounding area at (705) 739-7378 (PEST) or our Orillia office at (705) 326-3377.