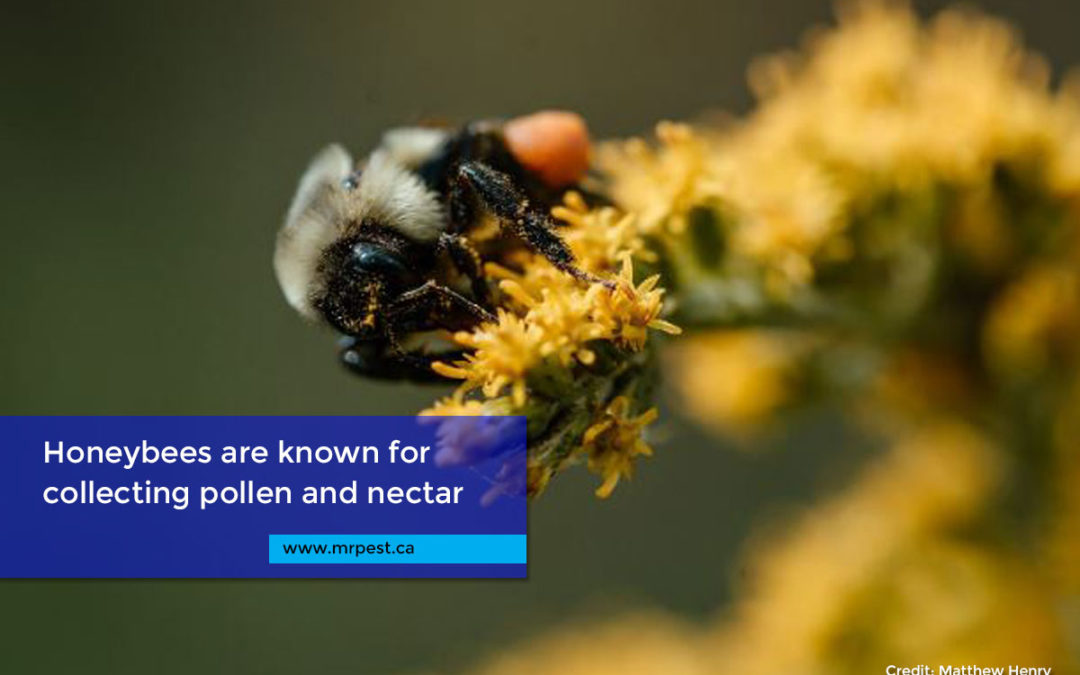 You suspect you may have a bee, wasp, or hornet infestation. But which is it? You’re not really sure.

Bees are pollinators, one of the most essential kinds of creatures on the planet. They pollinate crops to produce honey, fruits, and vegetables and are a vital part of the global ecosystem. Wasps and hornets, while they can also be pollinators, are aggressive critters that are much more likely than bees to sting you if you disturb them.

These three insects all have a lot of similarities and some significant differences. How much do you really know about them? Could you tell them apart if you saw one? Read on to learn some common facts (and misconceptions) about bees, wasps, and hornets.

While it’s certainly not pleasant to receive a bee sting, the good news is that they aren’t usually dangerous. The average person can tolerate up to 10 bee stings per pound of bodyweight! Most adults could tolerate up to 1,100 bee stings and live to tell the tale. For children, more than 500 stings could be fatal.

However, it is possible to be allergic to a bee sting, as it is for mosquito and blackfly bites, as well as other insects. If you notice excessive swelling after a bee sting, get to an emergency clinic or ER right away. If your family has a history of bee allergies, you might want to get tested by an allergist.

Solitary bees live only a few weeks. This short amount of time is just long enough to mate, build nests, and produce offspring. Honey bees and bumblebees, on the other hand, live for around six weeks. Bumblebee workers spend half their life working on the hive and the other half collecting pollen and nectar.

Queen bees live longer, however. Bumblebee queens live up to one year, while honeybee queens can live up to a whopping five years!

The average individual is stung two to three times in a lifetime. For those working outdoors during the summer, we suspect it’s a lot more!

If you’re unlucky enough to receive a wasp sting, it will inject venom into your skin. However, it’s not the venom that causes pain and swelling. The symptoms you see and feel are the result of your body’s defences. 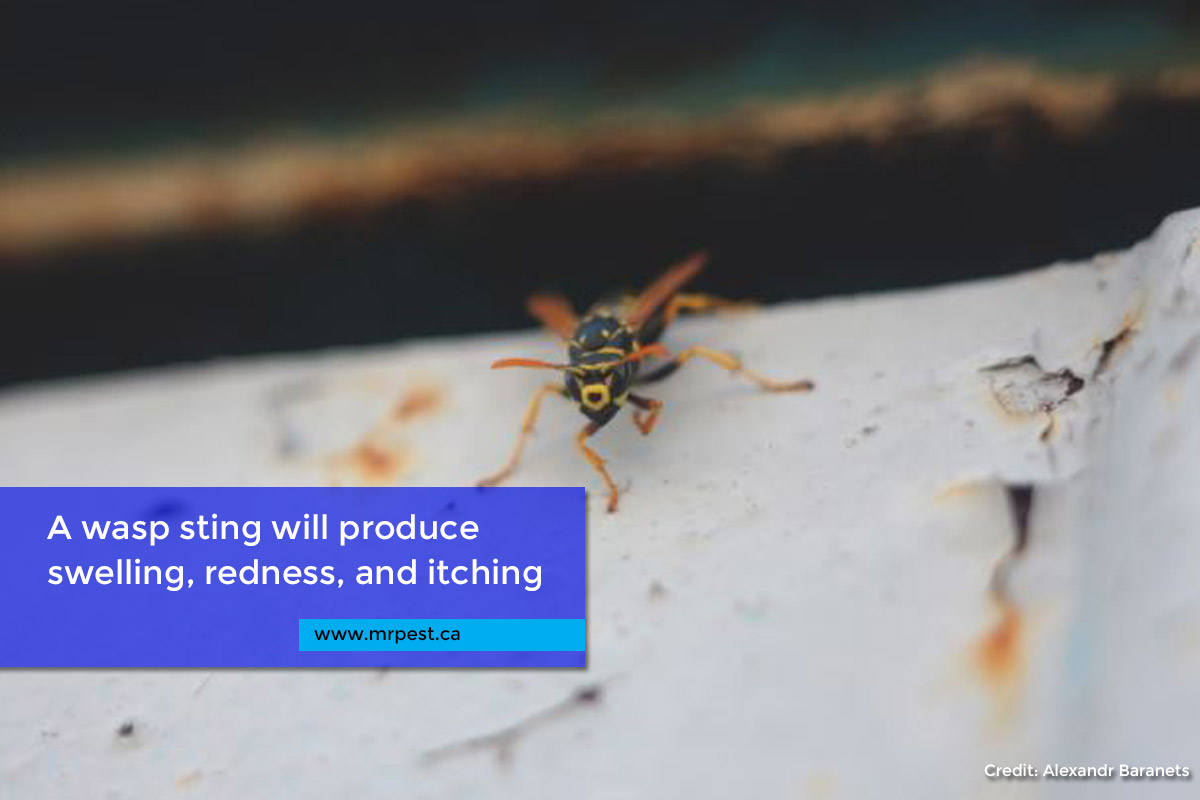 To counter the venom, the human body activates its inflammation response system, flooding the area with plasma, white blood cells, and other chemicals to flush the toxin from your tissue, replace damaged cells, and initiate healing. This is what produces the swelling, reddening, itching, and pain after a wasp sting.

As with bees, a small percentage of people suffer from allergic reactions, which are different from inflammation, and can be fatal in rare cases. If you have excessive swelling that goes beyond the initial area of the sting, get to an emergency clinic or hospital swiftly. And, as with other allergies, if you have a family history of wasp allergies, get tested.

However, believe it or not, not all bees can sting.

For example, male bees (drones) cannot sting. The stinger on a bee is a modified egg-laying feature which only females possess. While drones will try to defend their hive when they feel threatened, they can’t actually sting in defence. Despite having stingers, the females of many species of bees cannot sting, either.

2. Wasps, Bees, Hornets—They’re All The Same

Although wasps, bees, and hornets look similar, they are very different creatures. Bees are primarily vegetarian, and collect pollen and nectar from flowers. They are usually non-aggressive. Bees can only sting once in their life, as their stinger detaches once embedded in a target.

Wasps are predatory carnivores, and many species can be aggressive, especially if you bother their nests. Unlike bees, they can sting many times.

Hornets are usually compared to wasps and are a small subset of the creatures. They aren’t native to North America and are somewhat fatter around the middle than the average wasp. Like other wasps, hornets can be aggressive and can sting consistently.

Bee, wasp, and hornet stings are very similar, so it’s easy to see why someone might be allergic to them all if they are allergic to one. However, this isn’t the case.

This is because the pain, swelling, irritation, and redness is caused by inflammation, which is the body’s generic response to injury. An allergy is an immune response to a specific protein string. The venom from bee stings, wasp stings, and hornet stings are chemically different; and if one person is allergic to a sting from one insect, it doesn’t mean they’ll be allergic to all.

One common myth is that all bees produce honey–after all, that’s what they’re known for. However, did you know that less than five percent of all bee species make honey? Honeybees and stingless bees are the only species that produce enough honey to make it worth harvesting. Bumblebees, for instance, provide only a small amount–between one and two teaspoons. As they are annual creatures rather than perennial, they don’t need honey reserves to survive the winter. 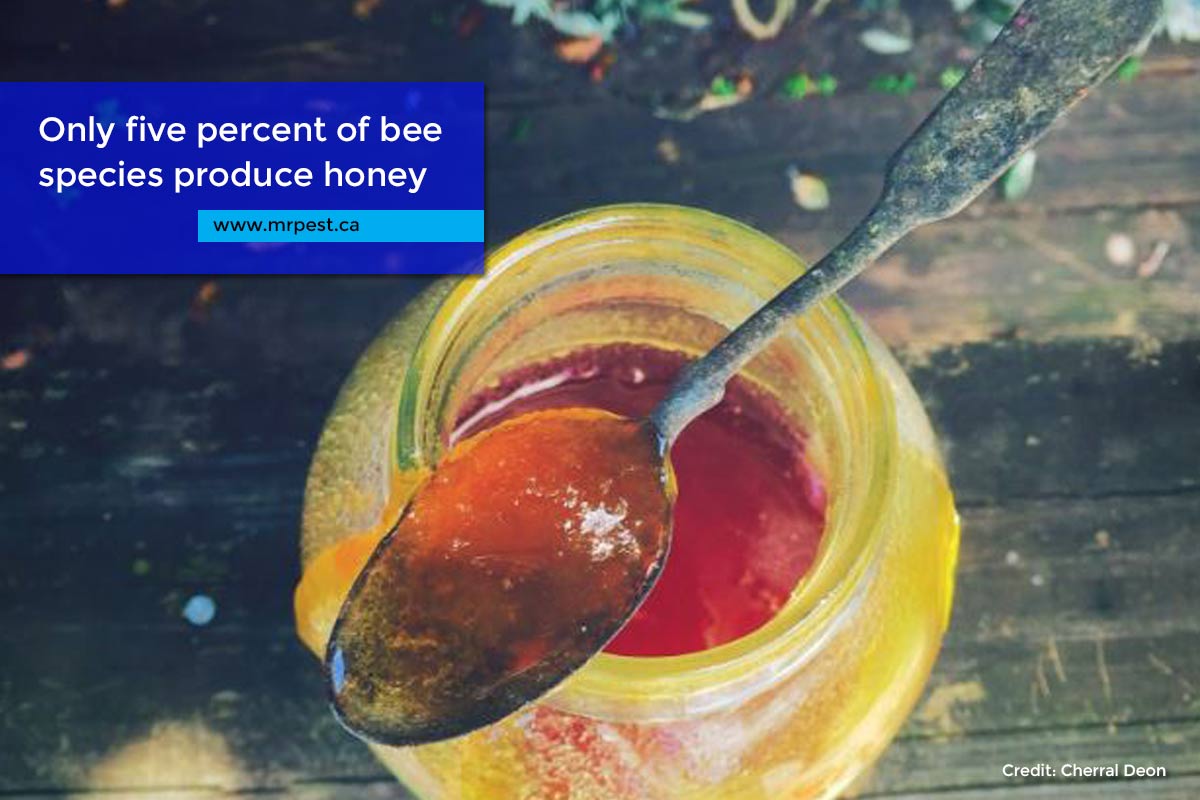 Interestingly, some species of wasp produce small amounts of honey, too. Take honey wasps, for example. They live in semi-tropical areas from the southern United States to Argentina. The Mexican honey wasp (Brachygastra mellifica) is particularly valued, as it controls insect pest populations and is a prime pollinator for avocados. So the next time you enjoy a slice of toast and avocado, remember to thank the Mexican honey wasp!

5. Wasps and Hornets Are More Dangerous Than Bees

The risk of serious injury or death from a sting are about the same for bee, wasp, and hornet stings. 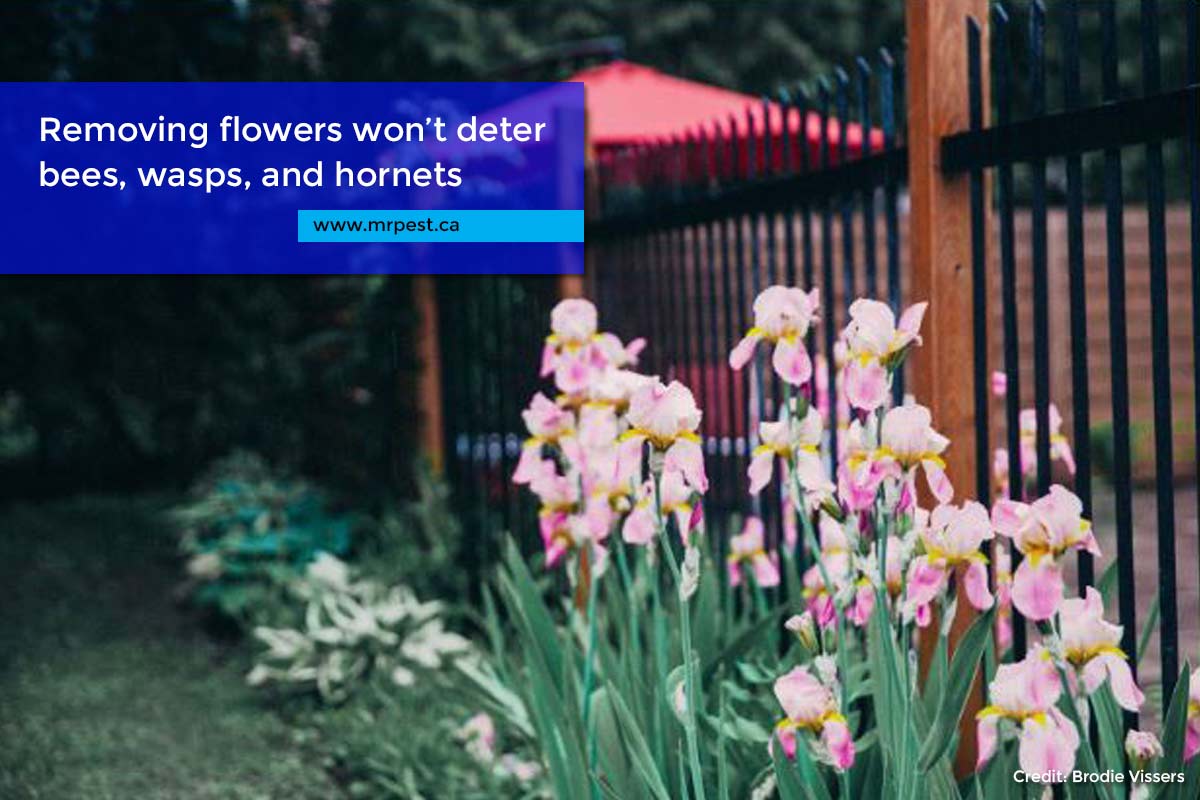 6. Removing Flowers Will Keep Bees, Wasps, and Hornets Away

As bees, wasps, and hornets all spend a lot of time around flowers, it might seem that removing them will deter them from your home and garden. However, these critters will search for the safest place to craft their nest. This will usually be a spot next to or on your home, whether there are flowers around or not.

Bees, wasps, and hornets typically have ranges of 3.2 km or more, and spend a significant portion of their awake time searching for food within this range. Even if you have no flowers to attract them, someone within that range surely will; so keeping your home free of stinging insects is mainly about being vigilant for signs of nesting behaviours. 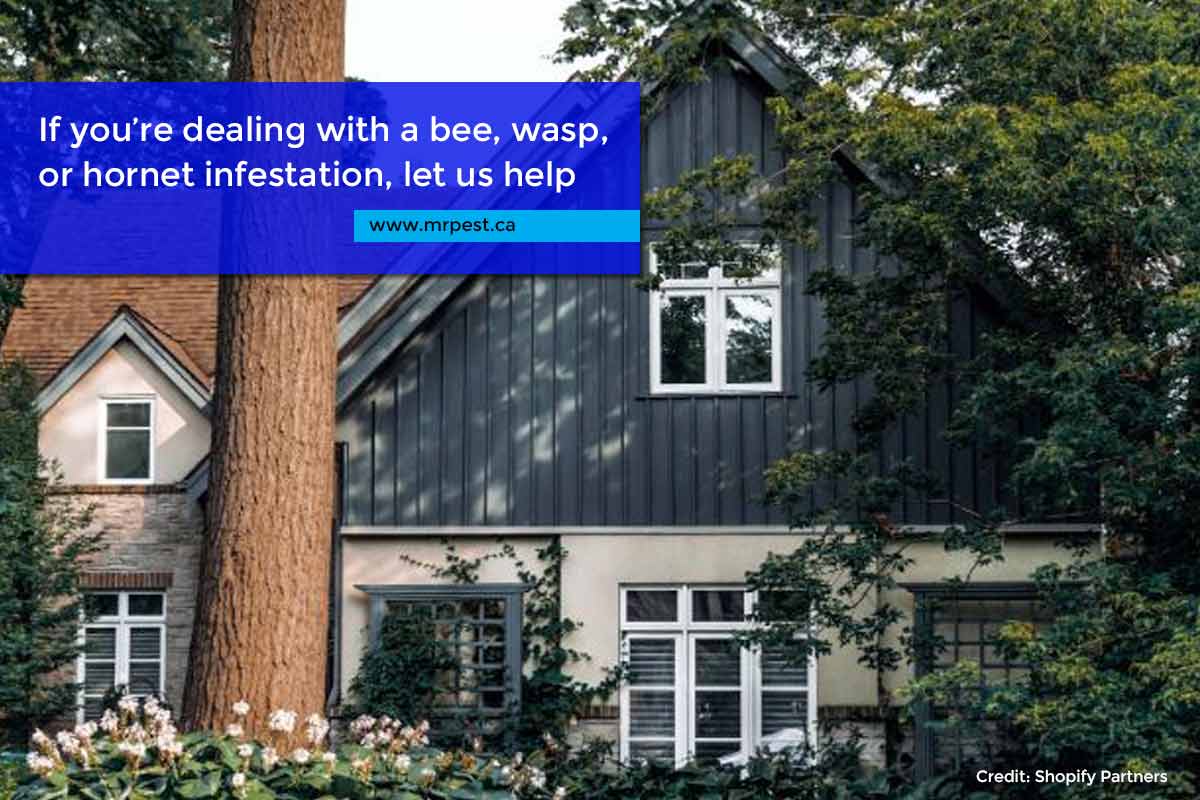 If you suspect you have a bee, wasp, or hornet infestation in or near your home, do not try to remove the nest yourself. You will place yourself at risk of being stung, not to mention the risks involved in accessing the nest, which is likely elevated and hard to get to.

If you need support with an infestation removal, Mr. Pest Control can safely remove the nest for you.