Lyme Disease — Don’t Get Ticked Off!

Summer is often associated with outdoor activities. In Canada, a health problem called Lyme disease, brought about by ticks, is also more common when the warmer months set in. The number of recorded cases of Lyme disease is increasing every year. The year 2017 posted the highest number over the last decade at 2,025 cases.

Heightened awareness is key in protecting yourself and your family from getting ‘ticked off.’ Read on to learn more about Lyme disease causes, risks, and preventive measures.

What Is Lyme Disease? How do You Get It? 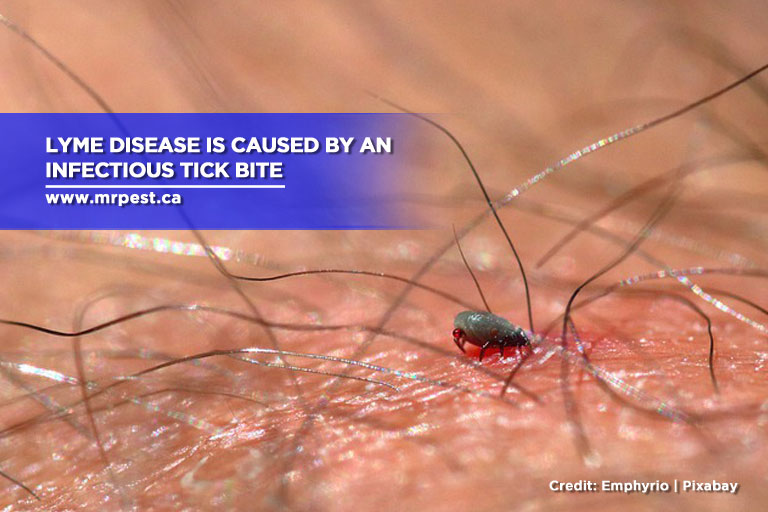 Many people ask how a person can get Lyme disease. The disease happens when the bacteria Borrelia burgdorferi invades your system. Infection takes place when you get bitten by a host or an insect that carries the bacteria. Black-legged deer ticks are the typical carriers of B. burgdorferi.

The bacteria is transmitted when the infected tick bites the skin and draws blood. Although ticks get the bacteria by biting infected animals, like deer, mice, and birds, you don’t get Lyme disease by eating infected meat like venison.

The infection attacks a person’s system for at least 36 hours since the tick has latched on the skin. Often, individuals who got Lyme disease don’t recall being bitten by a tick. That’s why it pays to be attentive to your surroundings when heading outdoors, especially when going camping in the woods.

People who reside or spend a lot of time in heavily wooded locations (especially areas with reported incidents of Lyme disease) are prone to getting infected.

What Are the Symptoms? 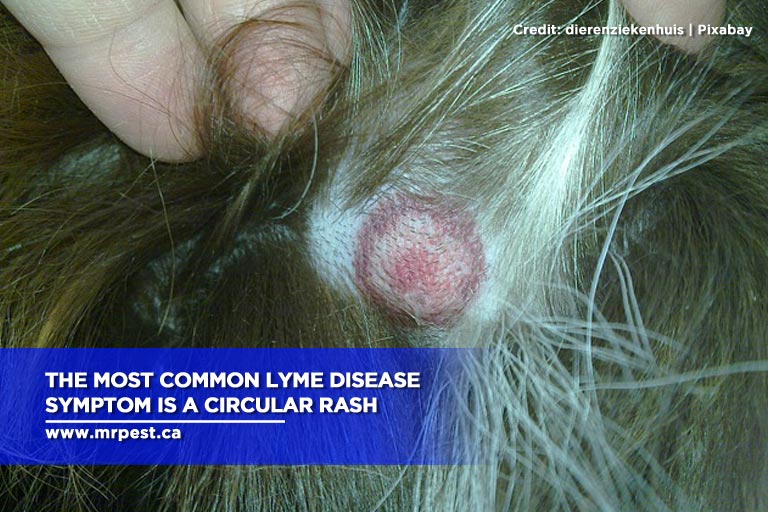 Every person’s reaction to the disease may vary, which means the signs and symptoms can also show in various degrees of severity.

The symptoms of each stage may overlap. In some cases, the body may not show symptoms in the initial stages and only during the later stage. Early signs and symptoms of the disease commonly manifest between 3 and 30 days after getting bitten by an infected tick.

A majority of the infected individuals experience flu-like symptoms right after being bitten, while others experienced serious symptoms that only occurred weeks following the bite.

So, what does a tick bite look like? The spot of a tick bite usually reveals a tiny, red bump (identical to a mosquito bite) which usually goes away after a few days. The appearance of the bite doesn’t necessarily confirm that you’re positive of Lyme disease until symptoms manifest.

Below are the early signs and symptoms of Lyme disease:

When ignored, the possibility of more serious symptoms can take place. An untreated person may experience these symptoms for a few months to years. These symptoms include:

Although rare, Lyme disease may result in death due to heart complications. When you start feeling any or all of these symptoms, visit your doctor immediately.

When Are Ticks Most Active? 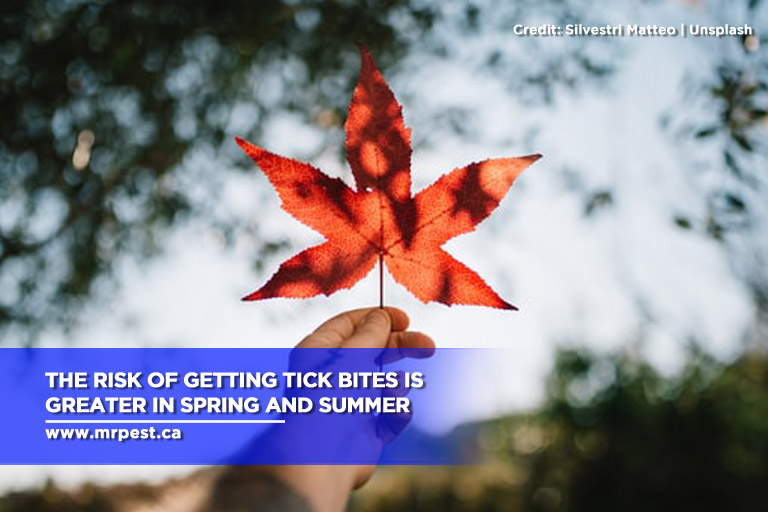 Increased tick activity is usually noted during the warm weather (in spring or until the fall). However, ticks can also become active in winter if there isn’t much snow and the temperatures aren’t that frigid. There is no definite time when tick season ends in Ontario and other provinces.

Black-legged ticks are commonly found in shrubs, tall grass, leaf piles, wooded places, and forests. Due to the growing population of ticks, it’s also likely to get bitten near or outside the indicated areas.

If you work outdoors or are involved in outdoor activities, you may be exposed to increased risk of tick bites. Exercise caution against ticks when participating in these activities:

Certain Canadian Locations May Be at Risk

If you live in an area with confirmed cases of Lyme disease, chances are your population is exposed to a greater risk of tick bites and Lyme disease.

According to the Government of Canada website, black-legged ticks are spreading across eastern and Central Canada. Since evidence of reproduction of tick populations was recorded during surveillance in these regions, they were identified as Lyme disease risk areas. This means that the transmission of the bacteria B. burgdorferi is likely in these locations.

In addition, the following were identified as Lyme disease risk areas in Canada:

At present, there’s no evidence that suggests the disease is contagious. Again, one can get Lyme disease from the bite of an infected black-legged tick.

B. burgdorferi can be found in bodily fluids. However, there isn’t any evidence that the disease can be spread from an infected person to another via coughing, sneezing, or kissing. There’s also no evidence or reported cases of Lyme disease being transmitted through blood transfusion or sexual intercourse.

The Center for Disease Control and Prevention (CDC) also ruled out the likelihood of Lyme disease transmission from an infected pregnant woman to their child through their breast milk.

The key to Lyme disease prevention is to lower your risk of getting bitten by ticks. Here are some preventive measures:

If your home or office has been invaded by ticks, avoid tackling the problem on your own. It would be best to get the help of an expert pest control specialist in your area to get ticks out of your property.

They are equipped with proper tools and expertise to deal with ticks and other pests. They are also capable of ensuring they don’t return to your property, leaving you with greater peace of mind.

If you suspect that your property is infested with ticks or other pests, contact Mr. Pest Control as soon as possible. Doing so will not only spare you the hassle of trying to eliminate them on your own, but will also save you time and money. Call us if you need pest control assistance and we’ll get to your location immediately. We offer residential and commercial pest control services in the following areas: